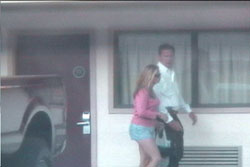 Below are some excerpts of cases we conducted for our clients in Canton, Livonia, Plymouth, Novi and Ann Arbor, Michigan. We hope that they give you a sense of the how we can you to get you proof of infidelity in Michigan..

We proudly serve as the private investigator of choice to clients in Livonia, Canton, Novi, Ann Arbor and Plymouth Michigan.

Scroll back to top